Home › PERSIST Programme › Towards a Sustainable Information Society: Collaboration on the Vancouver Declaration

Towards a Sustainable Information Society: Collaboration on the Vancouver Declaration

The meeting was hosted by ICA, IFLA and UNESCO and brought together representatives from memory institutions, governments and the industry to foster an ongoing conversation for digital preservation.

“The Vancouver Digital roadmap meeting is an important step to highlight the issue of digital and analog preservation and bring stakeholders together to discuss ways to cooperate on safeguarding our cultural heritage for users today and in the future. “
Genevieve Clavel, Swiss National Library and IFLA Governing Board member

The meeting was split into two components. On the 5th of December four experts from the field of preservation presented compelling case studies, highlighting the importance of digital preservation for future generations and development.

The expert inputs spanned from stressing the importance of digital preservation for developing countries, in order for them to be able to access crucial data they previously collected, to emphasising the need to engage content creators into preservation activities. Next to this a case study of preservation from the Thai Film Archive was presented, reminding the audience, that the budget of preservation for this institution is enough to restore and preserve one film pre year. Furthermore the cost of preservation, and the cost of not preserving in time, was underlined.

The second part of the meeting hosted a cross-sector panel with representatives from memory institutions, governments and industry. The outcomes of the discussion stressed the need for collaborations between the three main stakeholders in digital preservation and the need for more contributions from content creators to this forum.

Memory institutions were urged to focus less on technological and more on social matters, while the industries were reminded that users value compelling content. Governments were urged to create policies for digital preservation.

The panel consisted of:

On 6 December, discussion by the experts continued at the Netherlands Ministry of Education, Culture and Science. A discussion group/platform for enhanced sustainability of the information society will be established.

The platform will address key questions of: 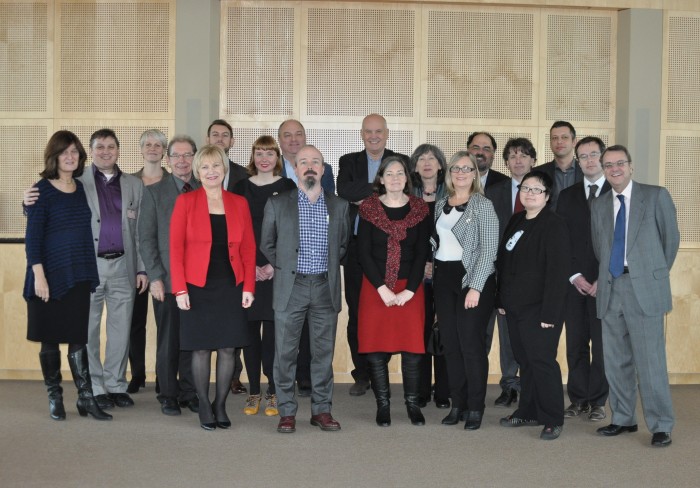 The group agreed to work further together to discuss these questions and ideas and will meeting during 2014 several times to further the process.

Read the full Meeting Report or the Executive Summary.

In January 2013 UNESCO released the UBC/UNESCO Vancouver Declaration on Preservation and Digitisation. Following the publication, IFLA, ICA and UNESCO announced the follow up to implement the objectives in July 2013.

The objectives of the follow up were to establish a roadmap proposing solutions, agreements and policies that ensure long term access and trustworthy preservation.